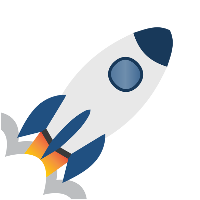 I hope you're all enjoying Requiem.

Today I want to talk about the UGX Launcher. It has been quiet for a while now and I want to explain what exactly is going on.

The UGX Launcher is our upcoming flagship custom zombies application - and it's full of eye candy. A lot of time went into theme logic to enable a fully customized & modern looking application.
Since with the old framework (wxWidgets) many issues occurred, we moved to Qt and the application received a major rewrite and many great improvements and minor additions have been completed.

With our Designer Michael 'AoKMiKeY' Hillcox we were able to create a truly great looking new theme for the UGX Launcher.

I can also proudly say now, that we just hit our first internal release version of the UGX Launcher and the UGX team is now testing the application. The theme design concepts are completed, and we are starting to implement the theme into the actual application now.
Because this process takes a while (bug fixing, layout changes, theme related fixes) it's hard to say an estimate release version for donors. (we plan to make at least one version for donors exclusively soon!)

Also, the UGXL Installer will be ported over and will receive it's long overdue update to be a truly installer (and working uninstaller).
Again, also this application will receive a well looking theme. The installation process will be also friendlier,

it will install for example any dependencies automatically, so a regular user doesn't has to worry about anything.

As soon as there is something to share of the new theme, a new blog update will be written.

I'm currently very busy polishing the application and adding a couple of missing additions to it.

The goal is to get a possible donors-exclusive release candidate ready around end of November.
(I most likely think it will be around mid December to be released to donors)

With this release, I'm also looking forward to hear more feedback about the application,
since then the core should be rather stable and the development can be focused on new features and usability.

As usual, you can follow the development through the JIRA project:

And the development dashboard: https://jira.ugx-mods.com/secure/Dashboard.jspa?selectPageId=10100

Thanks for your time